On Top of the Worlds 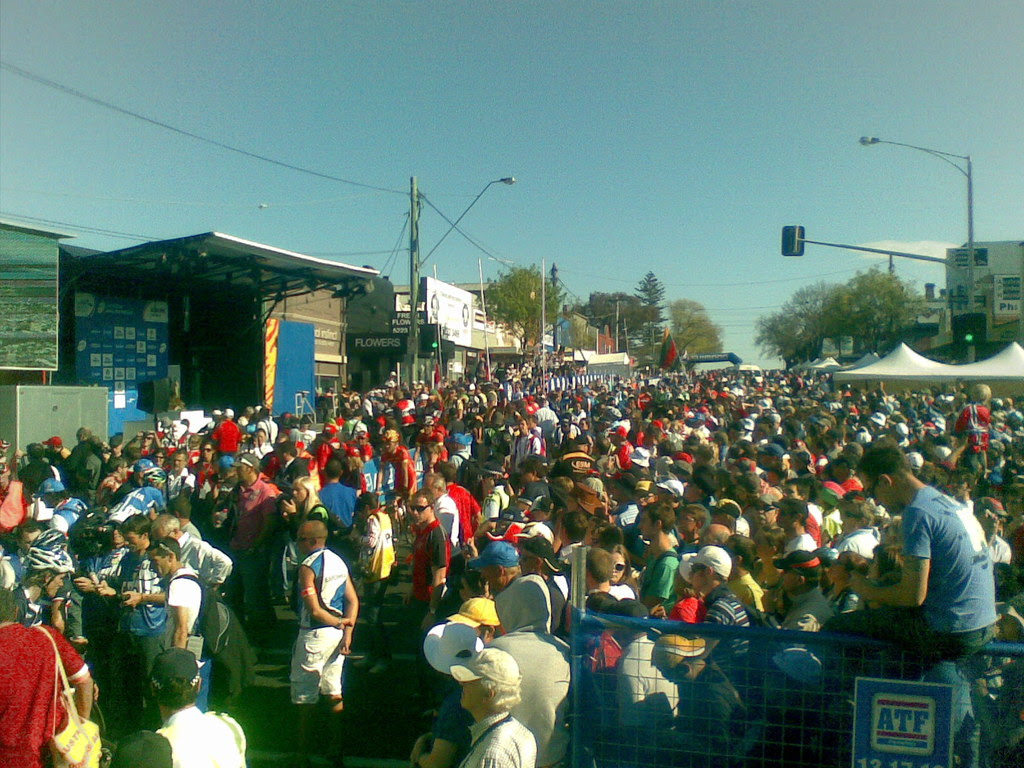 A nice crappy phone photo of the crowd at the presentation for the mens road race. 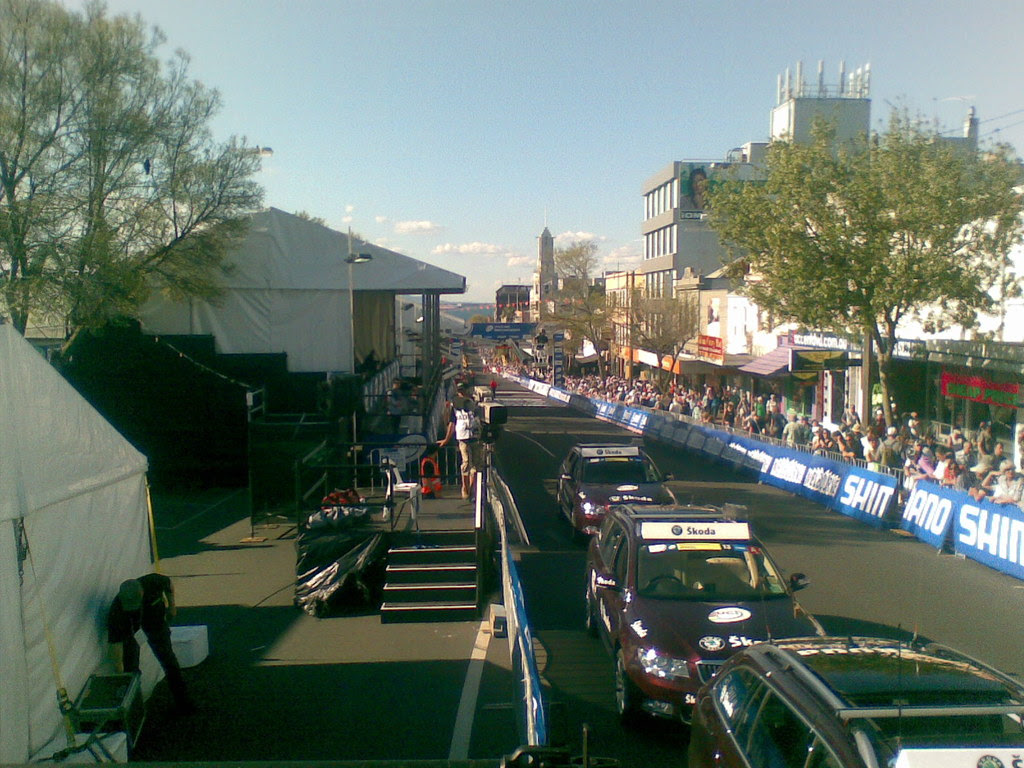 Another view looking back down the main straight. But yeh, what a goddam awesome race. The finale was damn exciting and I have never seen Geelong looking so good. Geelong was like that girl everyone knows who isn't ugly, but isn't gorgeous either, but once in a while she dons some spectacular outfit, whacks on a bit of make up and goes out. Meanwhile everyone is standing around whispering "Is that really Geelong? Crikey I reckon I'll have a crack"*

*The above may come across as highly rude and sexist but that's because it is. Sorry, but it really is the best analogy I can come up with! Please forgive me

So it's been a while between drinks I guess. I have managed to drag my arse out from the piles of microeconomic and econometric practice exams that litter my room/desk/general designated study areas and jump on the net and make a post.  Just because there are study materials strewn thoughout my house does not mean I am actually studying, no I am merely convincing myself that the process of printing then stapling practice exams is good enough, actually doing any is a whole new ball game


So from my last post lots of things have happened,

-Finished my time in Europe- Good because I got to come home. Bad because I had to leave Europe

-Did not go to Tour of China- Good because I was having some real issues with my right foot. Bad because I love racing in Asia and I love eating in Asia

-Watched the Worlds in Geelong- Good because it was just freakin awesome. Bad because I had my two exams in the two days following the elite mens race. Great scheduling there.

-Did a couple of exams- Good they are out of the way. Bad because I think I did pretty shit. Blunt, but honest!

-Not going to Tour of Hainan- Good because since starting to race again I haven't given myself adequate time to get all my shit sorted re-body weaknesses, mainly my foot. Bad because of the food, the racing and in Hainan last year we were lucky enough to stay in some amazingly good hotels, I would like to go back, but it wouldn't be wise

I capped my trip with some great times in Amsterdam with a friend from school, so that was a good way to go out. I would just like to go back there with some more time, and some more money! Yes in Amsterdam you can definitely buy happiness...

Jono
Posted by JONATHAN LOVELOCK at 9:35 AM 2 comments: