Business at the Front, Party at the Back 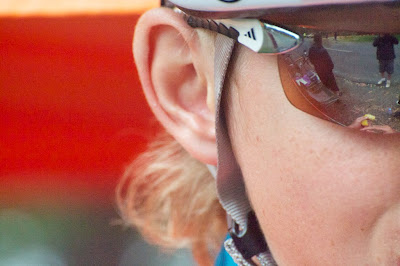 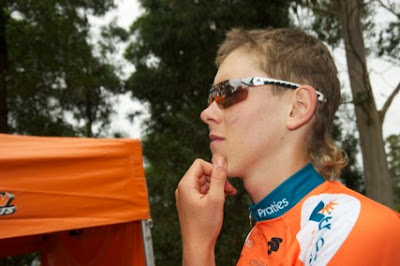 So stingyness, laziness, humour and the need to do something attention grabbing combined and resulted in my awesome mullet.  My in depth search (read: 5 minutes) for somewhere to get a cheap clipper cut on Friday before our U23 national road race the next day left me high and dry in terms of options. Given the last time I had cut my hair was a clean shave before Tour of Thailand back in late March 2010, I had to shed the main before racing the next day. I mean, what's the point of vents in your helmet when you have hair sticking out of every one? Not only do you look like an echidna, but you sweat up a storm.


So, no problem, what a good team bonding session it would be (also free); to get someone to shave my hair for me. When some of the boys returned with a pair of ten dollar clippers I started to get a bit concerned. Would I be bonding or bleeding?

These things did not cut. The pulled, pried, pushed and poked. But they did not cut. It was like a Chinese burn to the scalp. The bluntness of these clippers would be comparable to being stabbed with a rolling pin. The scissors that came with the clippers were on a whole new scale of bluntness: they wouldn't cut a piece of cooked spaghetti let alone my hair. I'd have more chanced of chewing through a brick...

Plan B: we'll have to use the small old scissors I bring to cut up fixomull (wound care dressing). So it was Will Clarke who grabbed the little blades and sliced away. I reckon he did a top job. 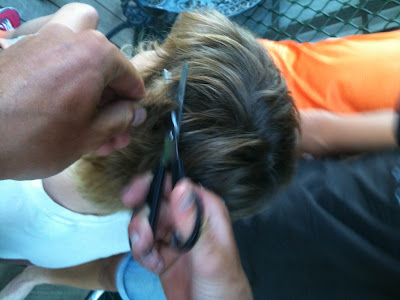 The first cut, but not the last cut
Even more amusing that the resulting mullet were the hairballs being coughed up by Nath and Kane who decided to eat their spag boll downwind of the shearing that ensued. There was a lot of hair.

I tried to up the ante by telling Nathan Haas if he won the U23 TT I would keep the mullet untill we finished the Tour of Wellington in a few weeks. He made it plain and clear that it was just obvious I really liked the mullet and needed an excuse to keep it. Am I really that transparent? Shit.

At the recent Melbourne track world cup I saw that Shane Archbold's mullet (supposedly resulting from a bet/dare) has grown from Franga to Moe to Eastern European block proportions (!!!) I thought it would be best to shed the mud guard before it got out of hand. I also felt sorry for the poor kiwi soigneur we witnessed having to tuck his mullet into the 'aero' section of his aero helmet before racing the kilo TT! 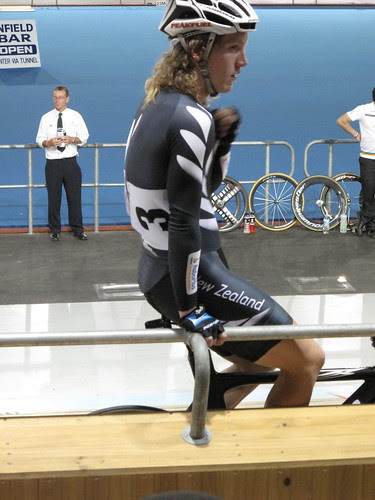 Stolen from here
So I am now back to my good old skinhead ways. But I got the length just right  this time, because I am not getting sunburnt through the helmet, but nonetheless still enjoying the ventilation offered to full effect. I think my IQ may have regained a few points too.
Till next time,
Jono
PS- still working on the layout. Bear with me!
Posted by JONATHAN LOVELOCK at 11:33 AM 1 comment:

Do I ever race at the Kew crit circuit!

What a bastard of a course. After racing there for nearly 3 years straight it became apparant to me last night why I haven't raced there for a good 3 years. And the race, well, only 9 starters, 3 or 4 riders were clearly the strongest. But it was (I Hate) Shane Miller who came out on top just pipping Drapac's new Dutch import. First race in a few months will always hurt. But hey, why not make it as bad as possible by racing on the hardest crit circuit in Melbourne on a windy arvo?!

Next up is the under 23 national road race on saturday where I will get to meet the new team, hang out and generally suffer. Easy.

Then the real pain will begin in three weeks with the Tour of Wellington. Decent start list!

Now the blatant sponsor plug ( even though I haven't updated my links yet!) comes in me bragging about my Malvern Star Oppy. I like it. That's it. Plug over.  Not really a plug because I do actually like it. Everyone likes new bikes right? 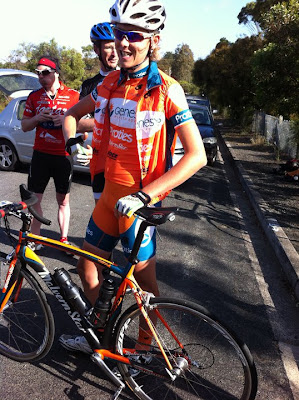 Got a nice pilates class coming up, wish me  luck!

Ciao
Posted by JONATHAN LOVELOCK at 9:41 AM 5 comments: